The Beatification is approaching

The General Postulator, Fr. Joaquin MARTINEZ, informs us that the Beatification of the 22 Oblate Martyrs from the Scholasticate Community of Pozuelo (Madrid) has been confirmed. The celebration will take place in the Cathedral of Madrid on Saturday, December 17, 2011. On Sunday, December 18, there will be a Mass of Thanksgiving at the Oblate parish in Madrid.

All Oblates who wish to take part are asked to send their name as soon as possible (before November 1) to the person coordinating the event:

Material for spiritual preparation can be found at: http://omipostulation.blogspot.com.

There will also be a booklet published in Italian: Oblazione e Martirio.

At the April-May 2011, Plenary Session, Father General in Council appointed a new Secretary General, Fr. Marek JAZGIER, from the Province of Poland. Fr. Marek has now moved to the General House and taken up his new assignment.

Rule 148b gives a brief job deion of the Secretary General. “The Secretary General is a General Officer. He serves as secretary and notary of the Congregation and of the General Council. He sees to the preparation of dossiers for the meetings of the Council, he also makes certain that official documents of the Congregation as well as acts of the Council are properly preserved and, if need be, communicated to the parties concerned. He also supervises the work of the General Secretariat and collaborates closely with the General Archivist.”

The work that these few lines describe entails a thorough knowledge of the Congregation in all its details. In a sense, the Secretary General holds things together, helping Father General and his Council, but also the other major superiors throughout the world, to steer through some of the complications of the ministry and service of administration. With the help of two Dominican Sisters in the General Secretariat, he oversees the maintenance of files and correspondence of all living Oblates. But to do this, he in turn relies heavily on timely and complete information coming from the various Units of the Congregation.

The new Secretary General was born in 1965 in Sandomierz, Poland and entered the Novitiate at Swiety Krzyzin 1985, where he was professed the following year. After philosophical studies in Obra, he was to continue his first formation in Rome where he was perpetually professed in 1990 and, in the following year ordained to the diaconate, which order he exercised during a two-year regency in the Cameroon. Assigned to the Polish Province and ordained to the priesthood in 1993 in Obra, Fr. Marek completed a license in philosophy in Rome in 1996 and continued philosophical studies in Warsaw, where he also taught from 1998 to 2004. In the following years he was involved in missionary animation and since 2010 has worked in mission preaching in Poland. In addition to his native Polish, the newly appointed Secretary General is fluent in English, French and Italian.

Packing his bags and returning to the United States Province after some 12 years on the job in Rome, the outgoing Secretary General, Fr. Thomas COUGHLIN, was greatly appreciated for his keen intellect, his efficiency, his droll sense of humor and patience with those for whom a computer was still a mystery. In his free time, he could often be found in what he called his “garage,” working on someone’s errant computer or assembling a “new” computer from the parts of older ones. After a well-deserved period of rest, he will become the pastor of St. Ferdinand Parish in San Fernando, California. 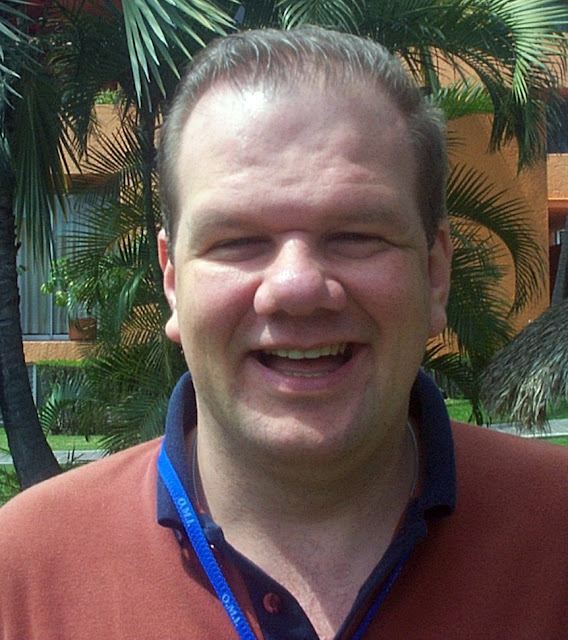 With the consent of his Council in plenary session, Father General appointed Fr. Marc DESSUREAULT to the Office of Treasurer General on September 30, 2011. The date upon which Fr. Marc will take office will be announced later.

Fr. Marc was born in 1963 in Alma, Québec, Canada, and entered the Novitiate at Sainte-Marie, Québec, in 1985, where he made first profession the following year. He continued his first formation in Rome where he made perpetual profession in 1990 and in the following year was ordained to the diaconate. Before leaving Rome, he completed a license in moral theology. Upon receiving his first obedience to Notre-Dame-du-Rosaire province, he returned to Canada where he was ordained priest in 1991 and was involved in youth and vocation ministry for the province. From 1994 until 2001 he ministered on the pastoral team for campus ministry at Jonquiere College, Québec, during which time he earned a certificate in Psychology from the University of Quebec.

He returned to Rome from 2001 until 2005 and served in the General Administration as Executive Assistant to the Vicar General and also assisted the Treasurer General. Upon reassignment to Notre-Dame-du-Cap province in Canada, he returned to graduate school where he earned a master’s degree in business administration at the University of Ottawa in 2006, and then served from 2007 until 2009 as Director of Human Resources and Finances at the Notre-Dame-du-Cap Shrine in Trois-Rivières, Canada. Since 2009, he has served as Vice-Rector for Administration and Government at Saint Paul University in Ottawa. The new Treasurer General is fluent in his native French, as well as in English, Italian and Spanish.

There is a new photo of Father General and his Council available. The updated photo includes Fr. Emmanuel MOSOEU, General Councillor for the Region of Africa-Madagascar. He was elected by the Superior General in Council to replace Bishop Evans CHINYEMBA who was named to Bishop of Mongu in Zambia, just a few months after his election to the General Council.

This photo is available in color for downloading at the following link: CG Photo.

The Library of the Pontifical Urban University has published the LXXIVo volume of Bibliographia Missionaria for the year 2010. This work is unique in its kind; it offers vast documentation on books and articles about the world of missionary activity and its various aspects, both historical and contemporary: religious orders, missionary congregations, mission territories, methodology of mission, interreligious dialogue, ecumenism, new religious movements...

Each year it presents an exhaustive panorama of over 4000 notices of what has been published on the subject of mission in more than 800 periodicals all over the world. Each volume also presents 30 to 40 book reviews prepared by experts in missiology. The volume is in English, and the citations from books and articles are in the original languages: English, French, German, Dutch, Italian, Portuguese, Spanish, Polish and Scandinavian.

Bibliographia Missionaria was founded in 1925 by Fr. Johannes Rommerskirchen, OMI, and the publication was interrupted only during World War II. In these 76 years, it has seen a remarkable evolution and substantial changes have been introduced in its content and structure: from 80 pages in the first volume, there are now 568. Since 1978, Bibliographia Missionaria is a project of the Library of the Pontifical Urban University. The current editor is Fr. Marek ROSTKOWSKI, OMI, librarian. (S.L.) (Agenzia Fides 05/10/2011)